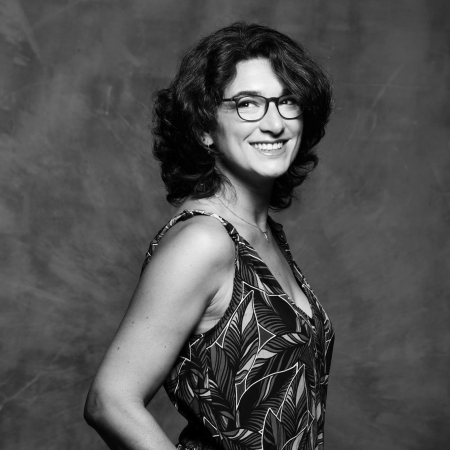 I got my first camera (with film...) for my 12th birthday (I'm a dinosaur!). It was an amazing gift for me. I had always seen my mother take her camera during our holidays or special occasions and make her own photo albums. I was finally going to be able to take photos myself, have them developed, and create my own albums! How much time I spent with my mother choosing the photos, organizing them, and looking at them… These albums followed me permanently. As a student, they sat in my little university room. All my friends without exception were entitled to a viewing that could last an entire evening.

I then had my first SLR (always analog... the thing with film), with which I started to take photos other than to keep memories. It was at this time that I developed an artistic side in my photos. I liked to photograph particular things, details that people didn't look at or see. I went for a walk in nature and I took photos of tree roots, shadows, trunks… I photographed pigeons, plants, old stones, etc… It was also the time of my first black & white films. Then came the new digital era (youhouhou)! Having been used to film, I did not photograph without thinking (but it was still very nice and much cheaper...) A certain magic left with the film, moreover some photographers come back to it. One day maybe me too... Who knows?

I started to subscribe to photo magazines, to look at my environment differently. But photography was then only a passion that I hardly had the time to practice...

Then my studies finished, and I worked while continuing to photograph as soon as I had the opportunity. I was only an amateur but I did with my means and I liked it.

In 2011, while I was working as a metallurgical engineer and living as a couple, my life was going to change and take a new turn: I was going to become a mother for my greatest happiness. Slightly complicated circumstances meant that when my son was born, I found myself unemployed. Other circumstances also made it difficult for me to find work in my field… As a young mother, I wanted to be as available as possible for my son (whom I photographed all day long, you can imagine).

Then the question of retraining arose… At the same time, a very good friend was pregnant… Having already photographed another pregnant friend a year earlier, I reproduced the experience and left her home saying to myself: “Ah if I could do this every day...". If I have to analyze the photos taken at the time, I would say that they are really not professional at all! Even if I was happy with myself, I was also aware of the work to be done to be able to call myself a "photographer"... And that's what I did... I worked, took lessons, read articles, looked at what was being done, then I photographed non-stop, looking for my style… This work never ends…

It took some time before I really embarked on this crazy adventure, and in February 2014, I created my own business!

I traveled at home (or outdoors) to do Pregnancy, Newborn and Family photo shoots, as I still do. But during the first 2 years, I proposed 2 ways of photographing during the same session: Natural and Pose (with accessories and backgrounds, almost like in the studio). There are indeed several ways to approach photography. I quickly realized that the "posed" and "props" part didn't suit me, but it took me a while to make the decision to completely stop this part. Now that I only do “natural” photos based on authenticity and emotions, I blossom more, I find myself and I take even more pleasure in photo shoots. What I like about this way of doing things, 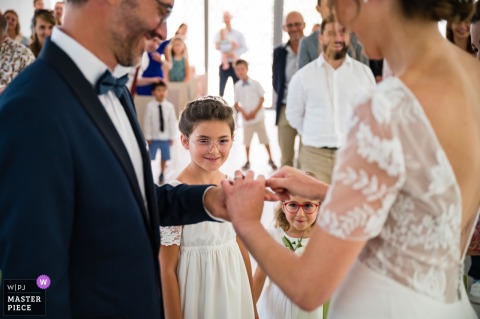