Are you searching for affordable Portland, OR elopement packages that will allow you to have your backyard wedding covered in a way that is both thorough and genuine? Oregon elopement photographer Samantha Moore would love to hear from you if you are preparing to arrange a simple event that might be a tiny, backyard, intimate, outdoor, or another type of non-traditional marriage celebration. The following small wedding took place in Portland, on the Columbia and Willamette rivers, in the shadow of Mount Hood, but Samantha is available for intimate weddings in or around all of Oregon. For more information about having this Portland, Oregon moment-driven photographer expertly document your elopement, contact Samantha Moore at your earliest convenience. 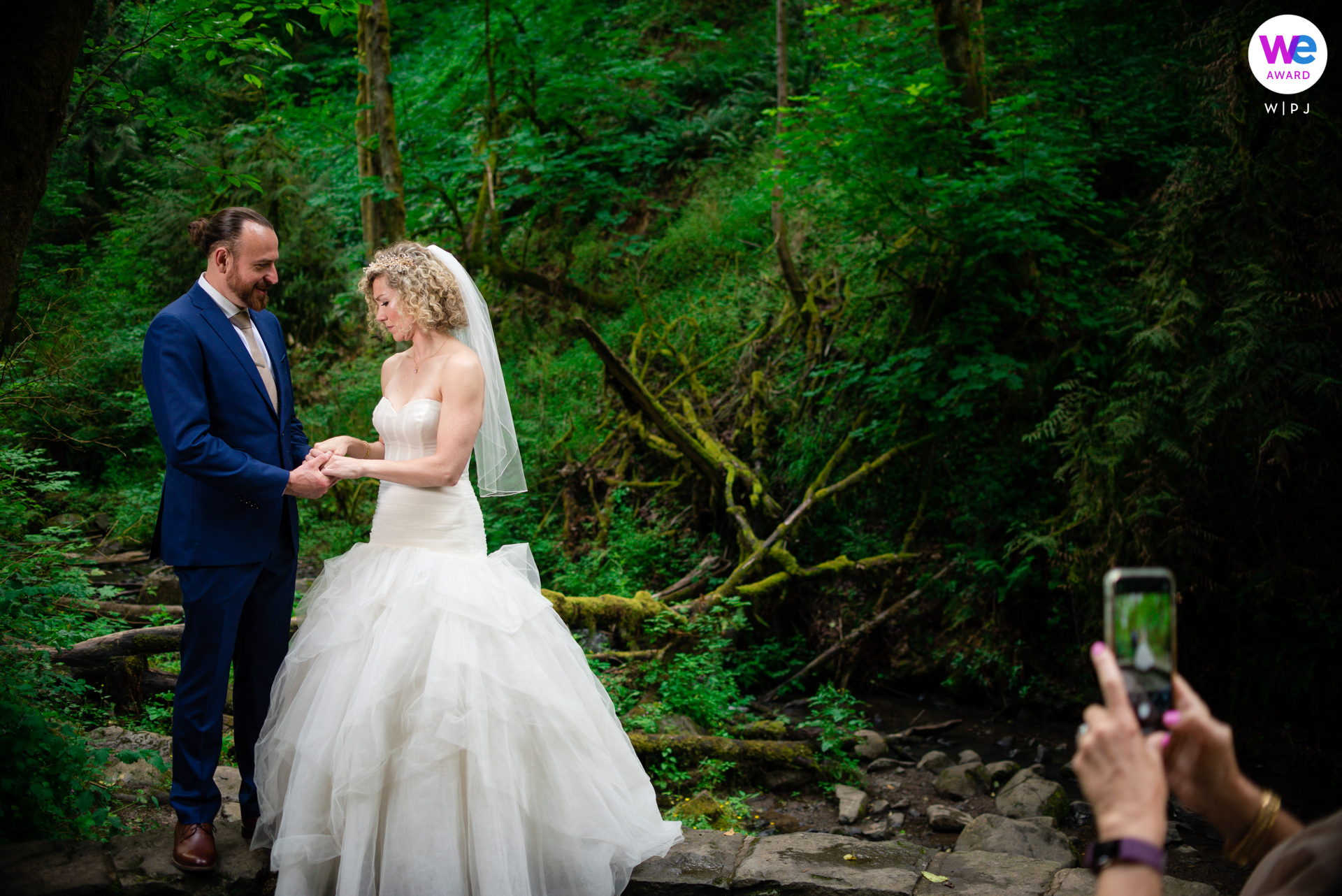 The family looks on as they promise themselves to one another for life.

When two people are as well-matched as much as these two, life sort of simply unfolds around them and the story of their wedding is no different. After living together happily committed for a year, when they got engaged they didn't want to wait for the world to stop being so chaotic to tie their knot. They were ready for the next step.

The guest list needed to be tight, so just a handful of closest family members made their way thousands of miles to Oregon, in the midst of the pandemic. But at the wedding, you wouldn't know the world was in such disarray. The families bonded over a stay in a big rental house just outside the city.

For a ceremony, a favorite hiking trail was a natural choice for this active Pacific Northwest couple. Their guests were happy to trot in after them into the forest for an "I Do" that was digitally broadcast to those who couldn't be there in person.

Afterward, dinner was served in a friend's garden, who also just so happens to be one of the top chefs in Portland. Not busy with his temporarily closed restaurants, he was able to cook an incredible meal for the party. Peter and Courtney made sure to test-run his kid's trampoline in the yard before dinner was served!

After heartfelt toasts, and two delectable cakes, the dance music went on and the wedding night was in full swing. It was a reminder that it truly doesn't take a crowd full of people to generate an incredible amount of joy, connection, and fun when two people commit their lives to partner up. It just takes a dash of creativity, and a whole lot of love.

Air BNB Portland, OR wedding rental home image of The bride getting ready in the mirror 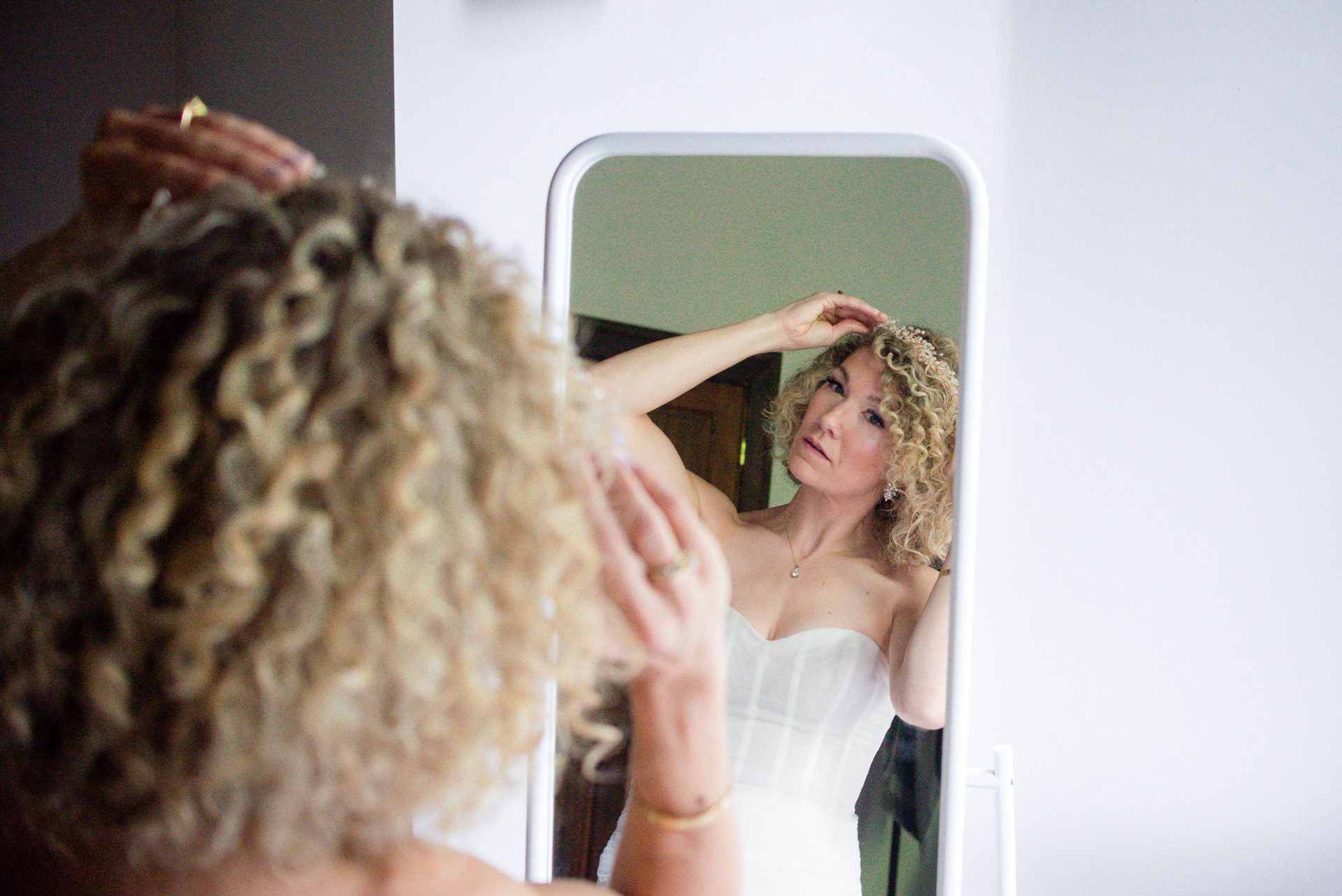 The bride gets ready in a rental home, spending time with her closest family and a small handful of friends.

AirBNB Vacation and Wedding Rental Home in Portland, Oregon image showing Everyone is dressed and ready to go to the park for the ceremony 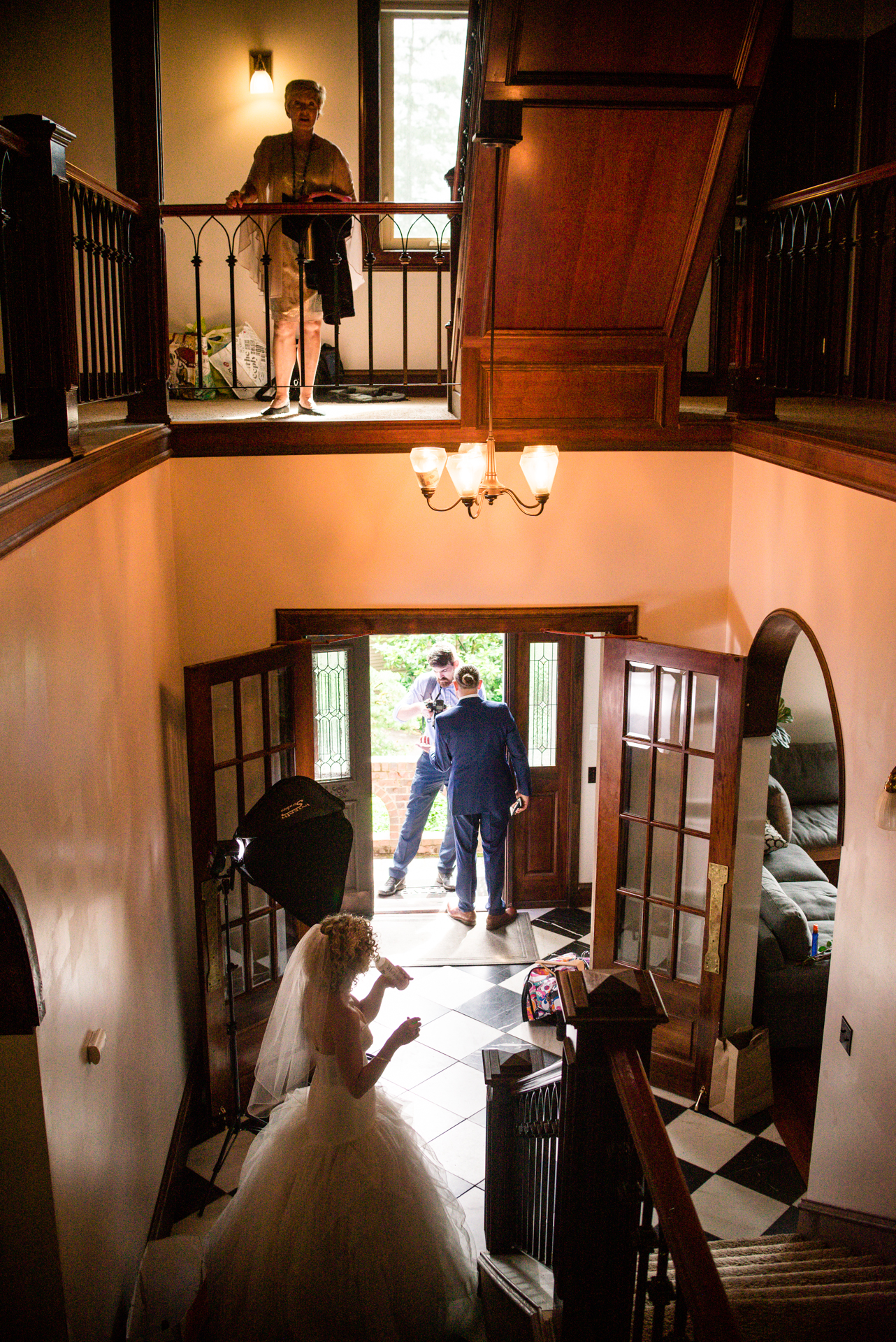 Everyone is dressed and ready to go to the park for the wedding ceremony. 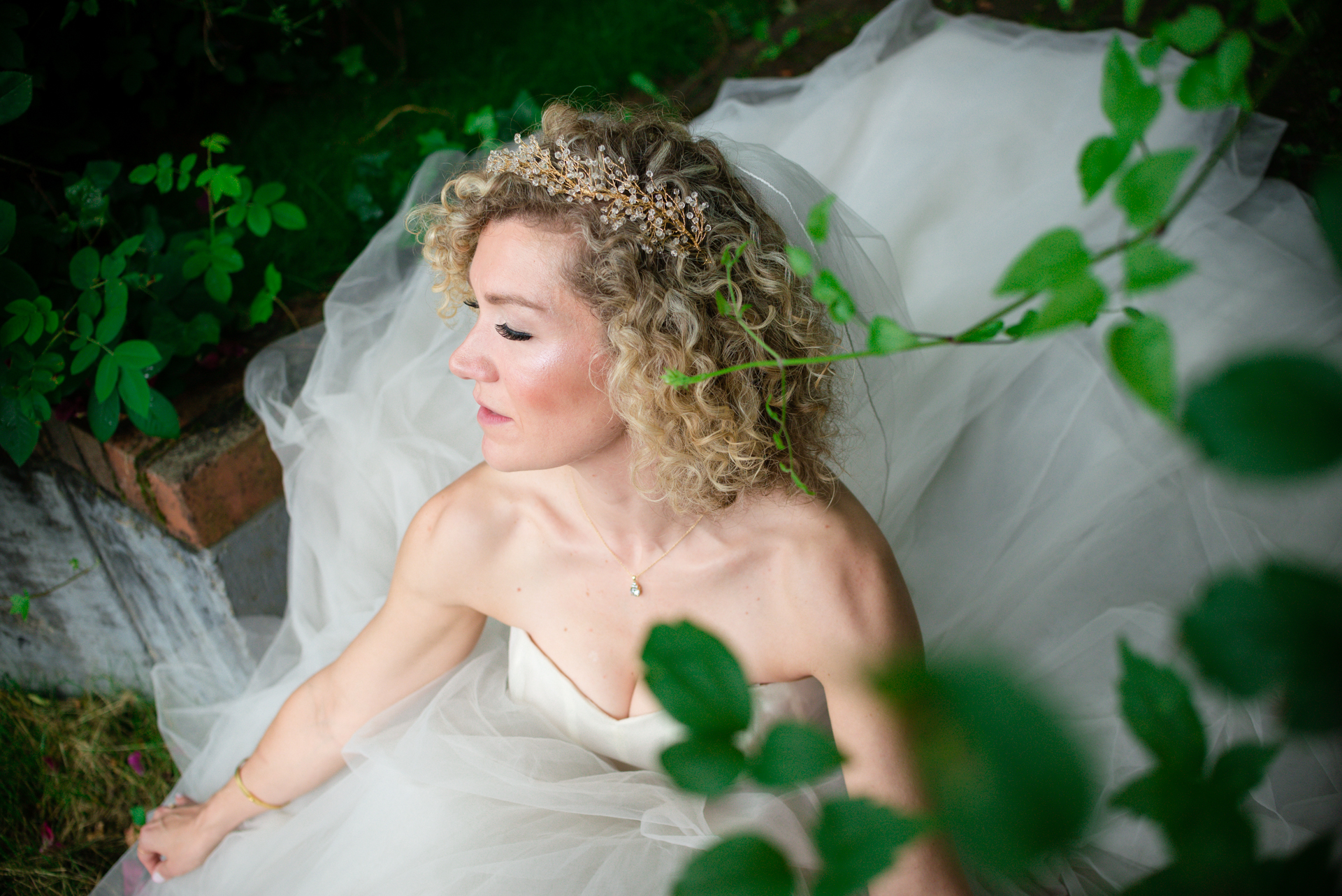 A quick portrait of a beautiful Pacific Northwest summer bride.

Forest Park of Portland, Or Outdoor Ceremony image from An emotional moment at the wedding elopement 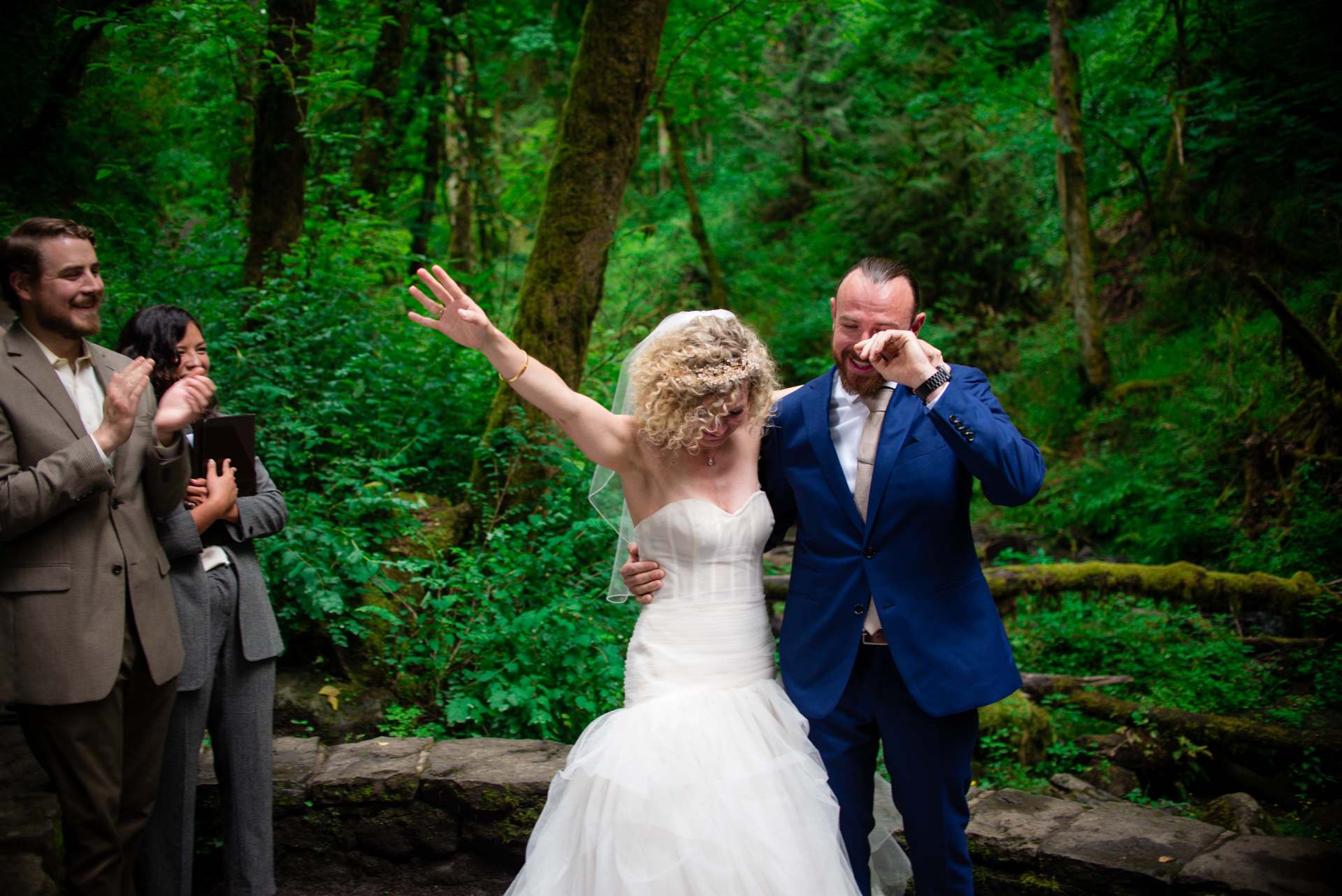 An emotional moment after the deal is done! The joy is palpable as even passerby hikers have stopped on the trail to applaud! 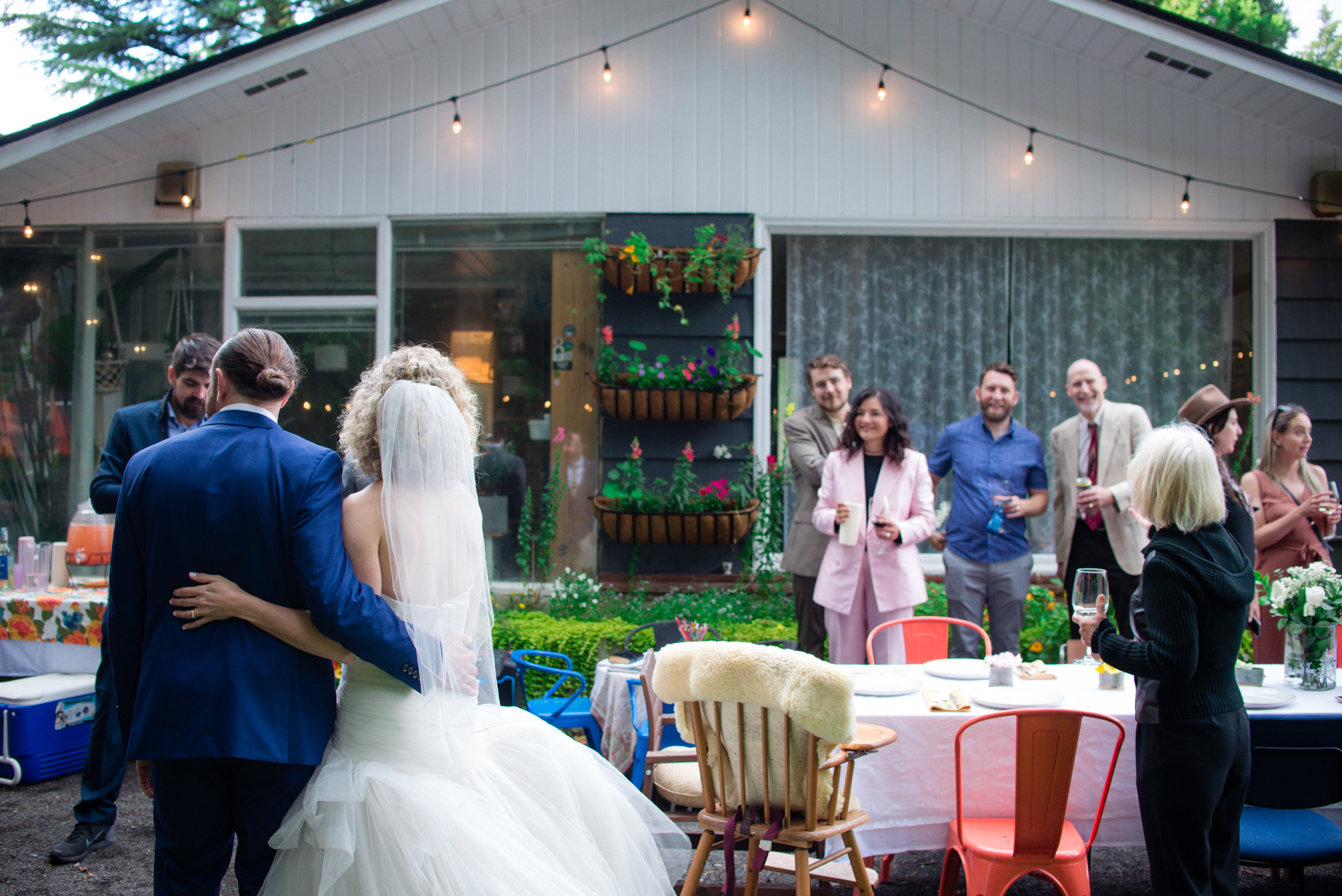 Dinner is served in a friend's backyard.

Clackamas County, OR wedding picture showing A quick jump on the trampoline for the bride and groom 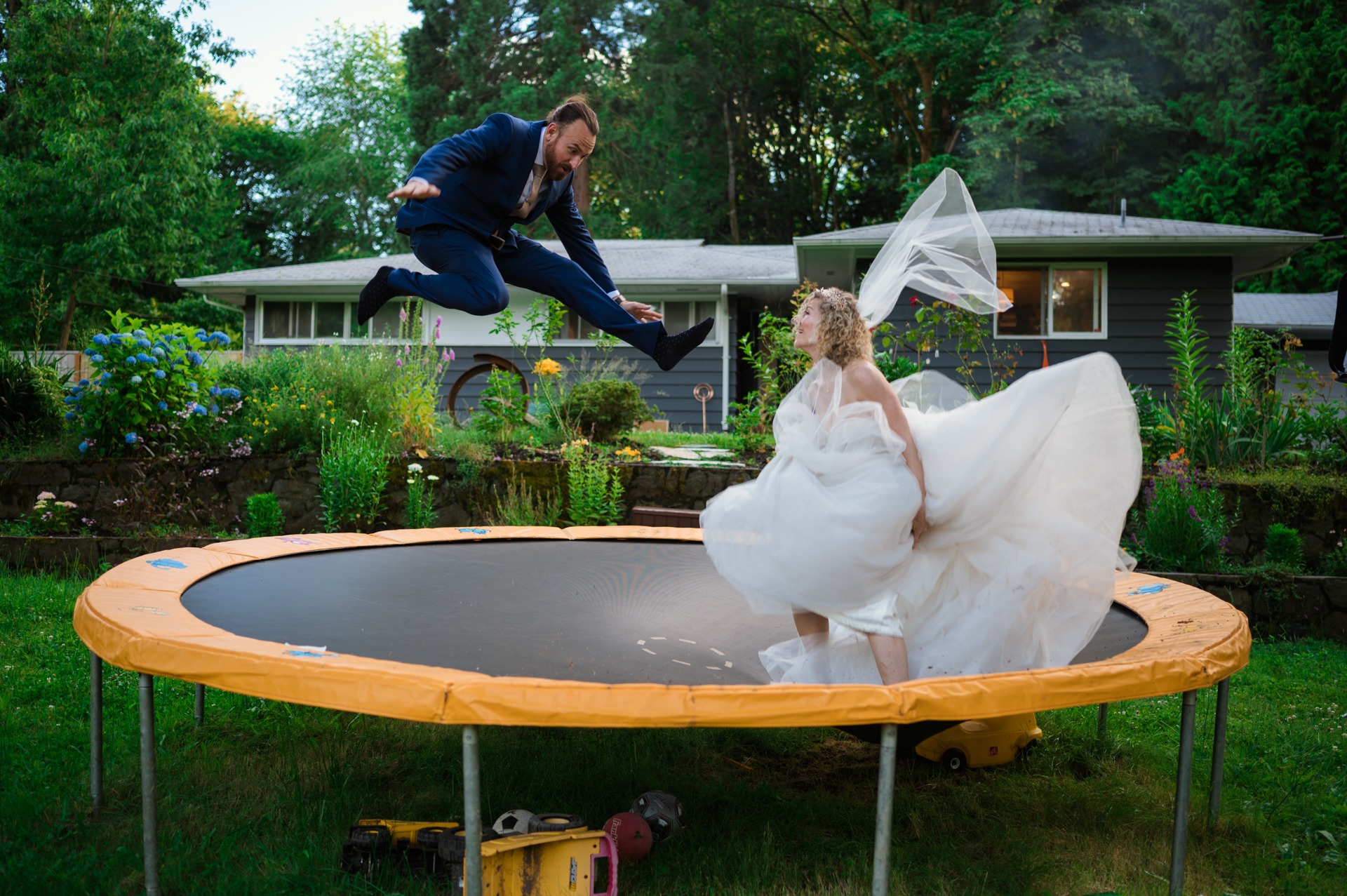 A quick jump on the trampoline feels in order! 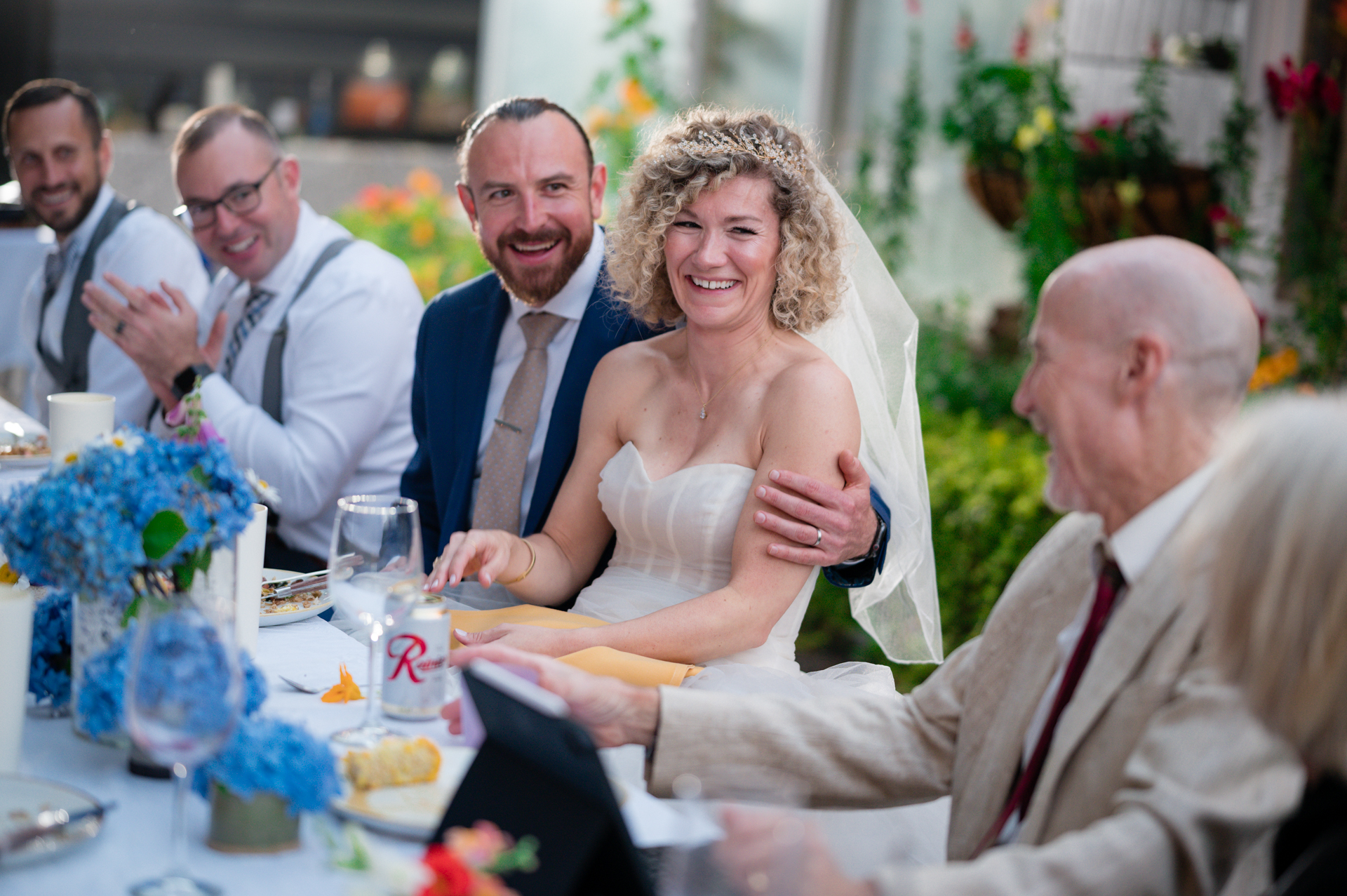 Heartfelt speeches from family bring everyone together. 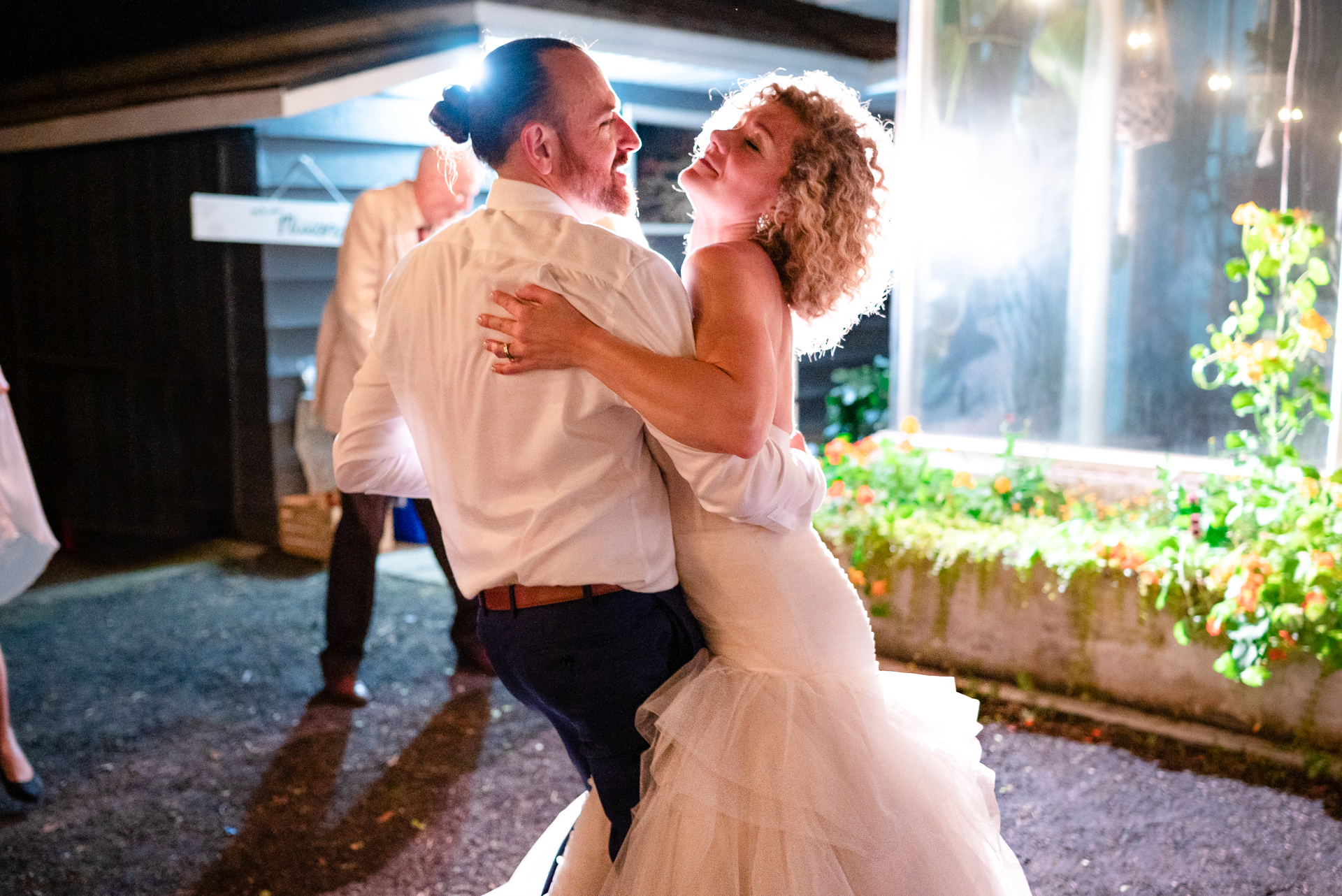 Once the music starts, the dancing won't stop!