Are you searching for inexpensive Atlanta elopement photography that will allow you to have your wedding recorded in a way that is both detailed and unique? ATL documentary-style elopement photographer Cindy Brown would love to hear from you if you are preparing to organize a simple event that might be a quick, backyard, civil ceremony, informal, or another type of non-traditional marriage celebration. The following small wedding took place at Floataway Café with in-town dining near Emory Village, but Cindy is available for intimate weddings in or around all of Georgia. For more details about having this Emory Village, Atlanta, GA professional photographer competently document your small wedding, contact Cindy Brown right away. 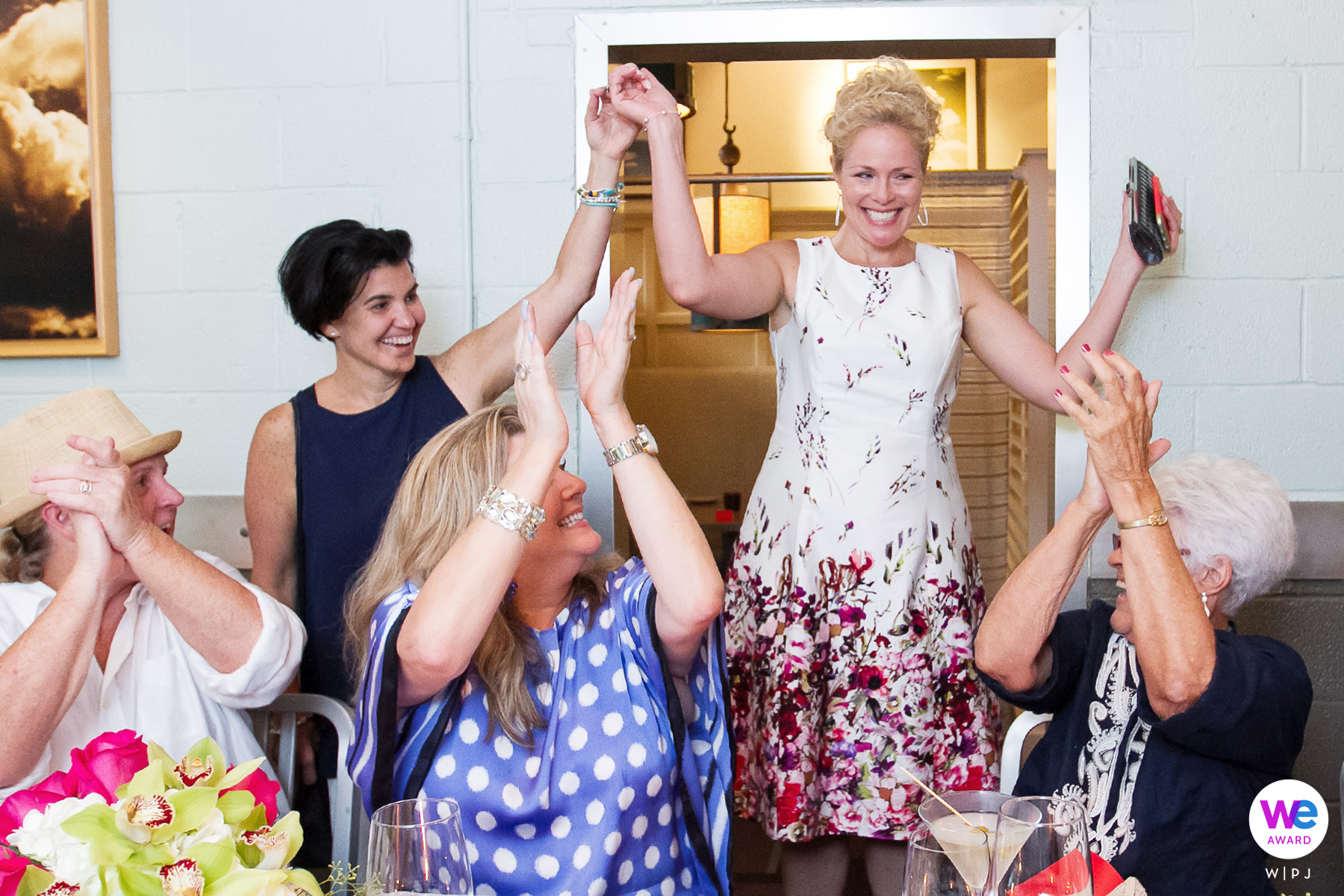 Heidi and Tracy make their entrance at their reception. This same-sex couple is now legally married after 16 years.

Together since 1999, Heidi and Tracy had known for years that they were the perfect match and had even made the traditional ‘through good and bad, sickness and health, richer or poorer’ commitment to each other. Despite all of this, when the SCOTUS ruling came down at the end of June, the couple was excited to turn their commitment into a legal marriage.

Their first thought was to simply go to the Justice of the Peace in Dekalb County, Georgia, and ‘just get it done,’ then go to a nice dinner. But once they told family and closest friends their plans, everyone wanted in on it.

The couple knew they couldn’t have 18 friends and family members running amuck at the Courthouse, so they decided to host a ceremony in their backyard (where their dogs could be included.)  Once they nailed down the backyard location, things just started coming together….easily, perfectly, beautifully. Tracy asked a long-time friend, who is a pastor with the United Church of Christ, to officiate the ceremony. They booked a private room at the Floataway Cafe, a restaurant that was very special to them, and then they sent an Evite to their guests.

Since their ceremony was the third week of August in Atlanta and nothing was blooming in the yard, the couple ordered flowers for the ceremony and more flowers for the private dining room. The restaurant recommended a custom menu, which they decided was perfect for them.

Tracy wore a dress she had purchased in the spring for her nephew's wedding, and Heidi wore capris. Because the ceremony was in their backyard, the brides and the wedding party wore Havaianas flip-flops. Even though the couple never chose official wedding colors, the wedding party showed up in colors that matched the brides.

“How perfect was that?” the brides commented.

Backyard Small Wedding image of The couple greeting each other before the outdoor, garden wedding 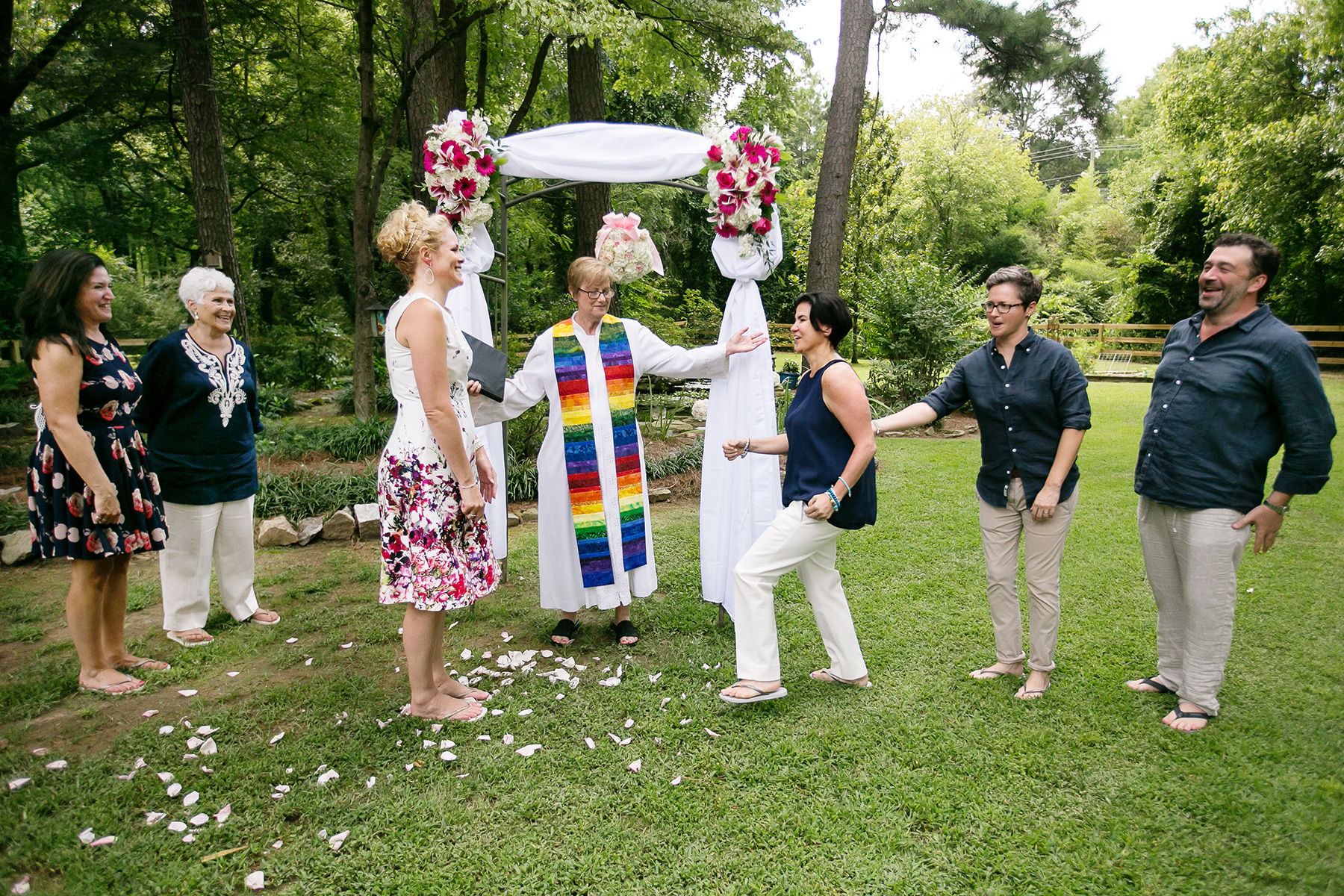 Tracy and Heidi and their wedding party greet each other before the wedding. 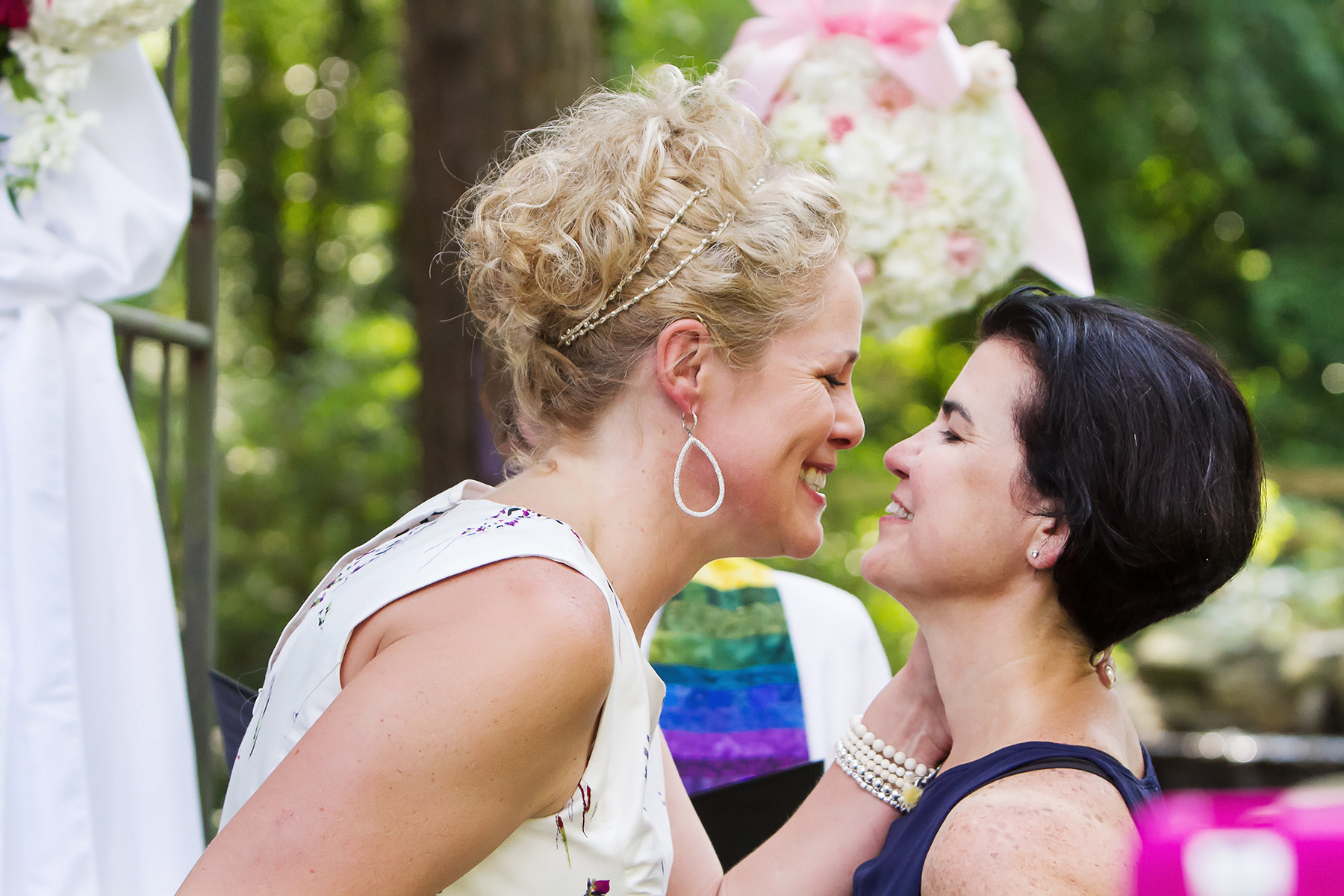 Tracy and Heidi seal the deal with a kiss. 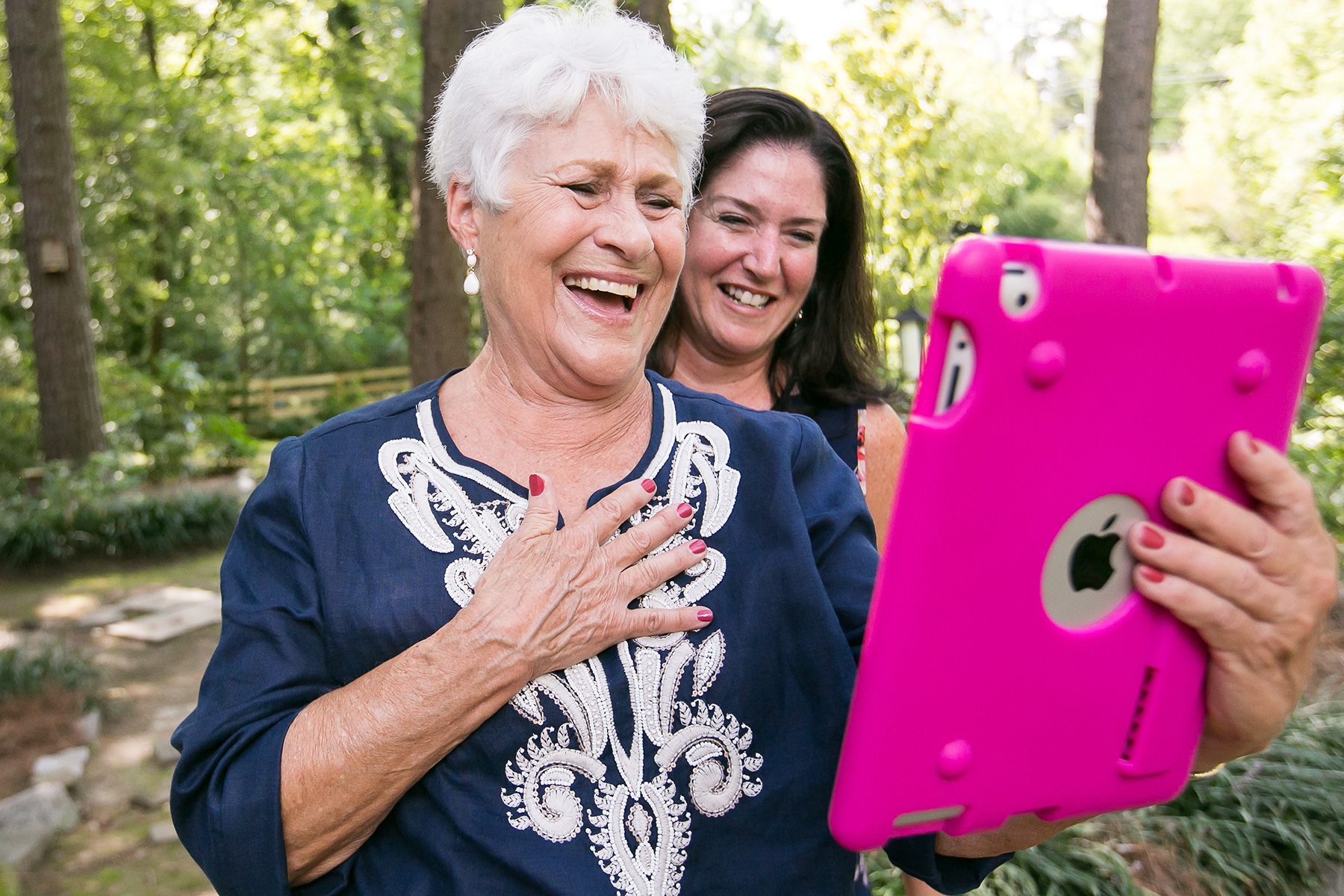 Tracy's Mom and sister laugh with family who zoomed in from Australia.

Atlanta, GA Backyard Wedding image from The toasts with laughter inside 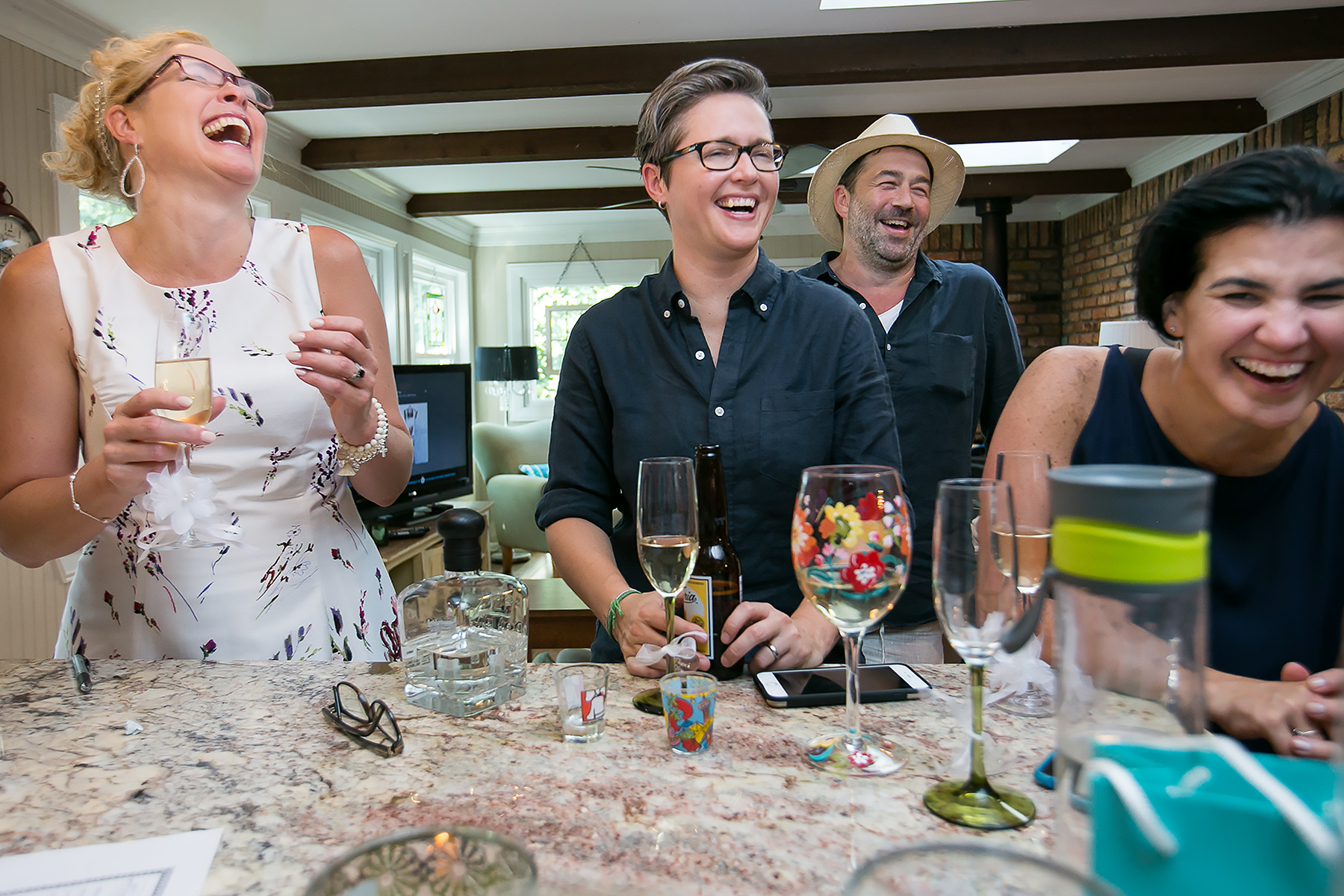 The toasts and laughter continue inside Tracy and Heidi's house. 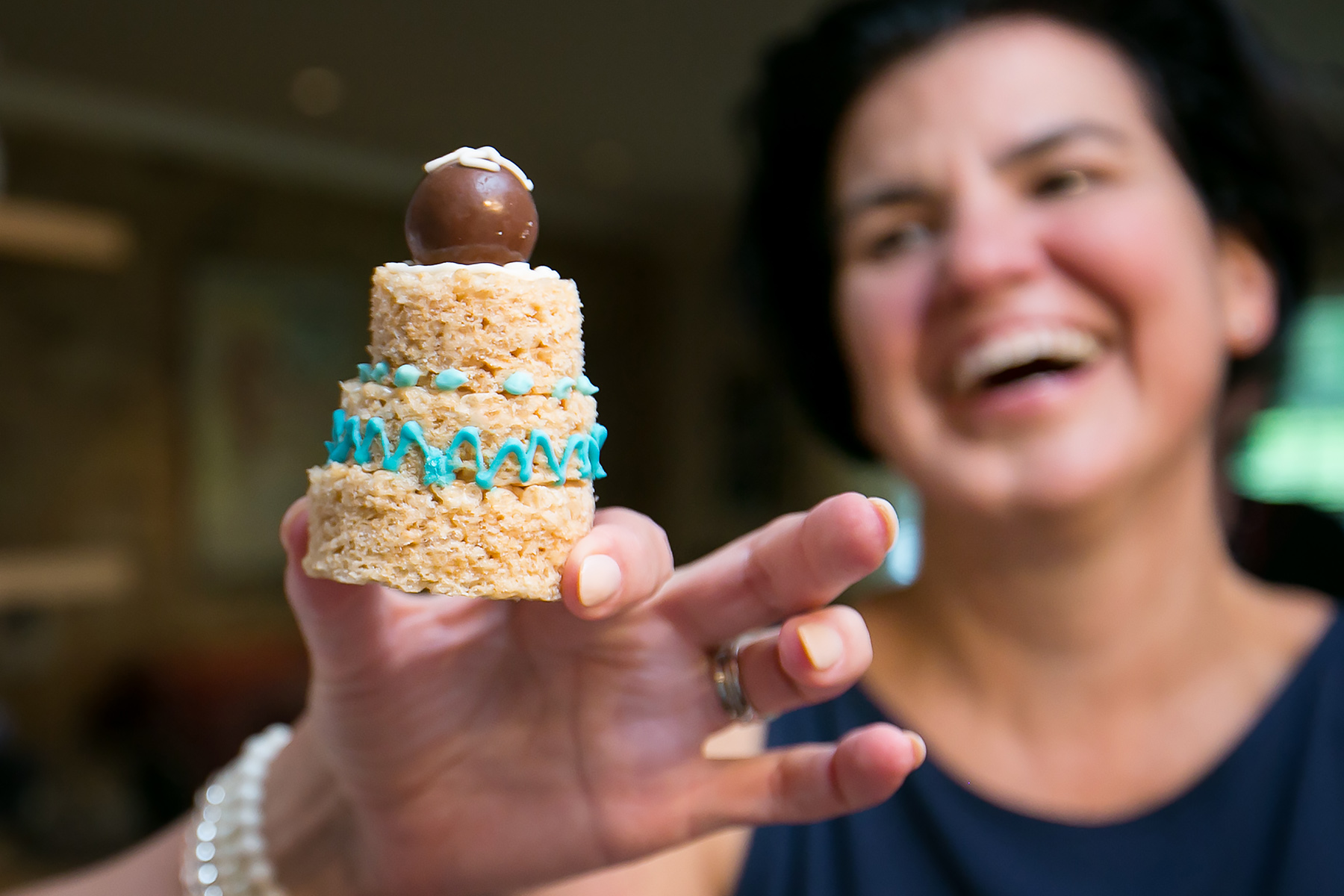 Tracy shows off a tiny rice crispy cake made for them by a friend.

Wedding image from Floataway Cafe, Atlanta of tears during a toast during the dinner reception 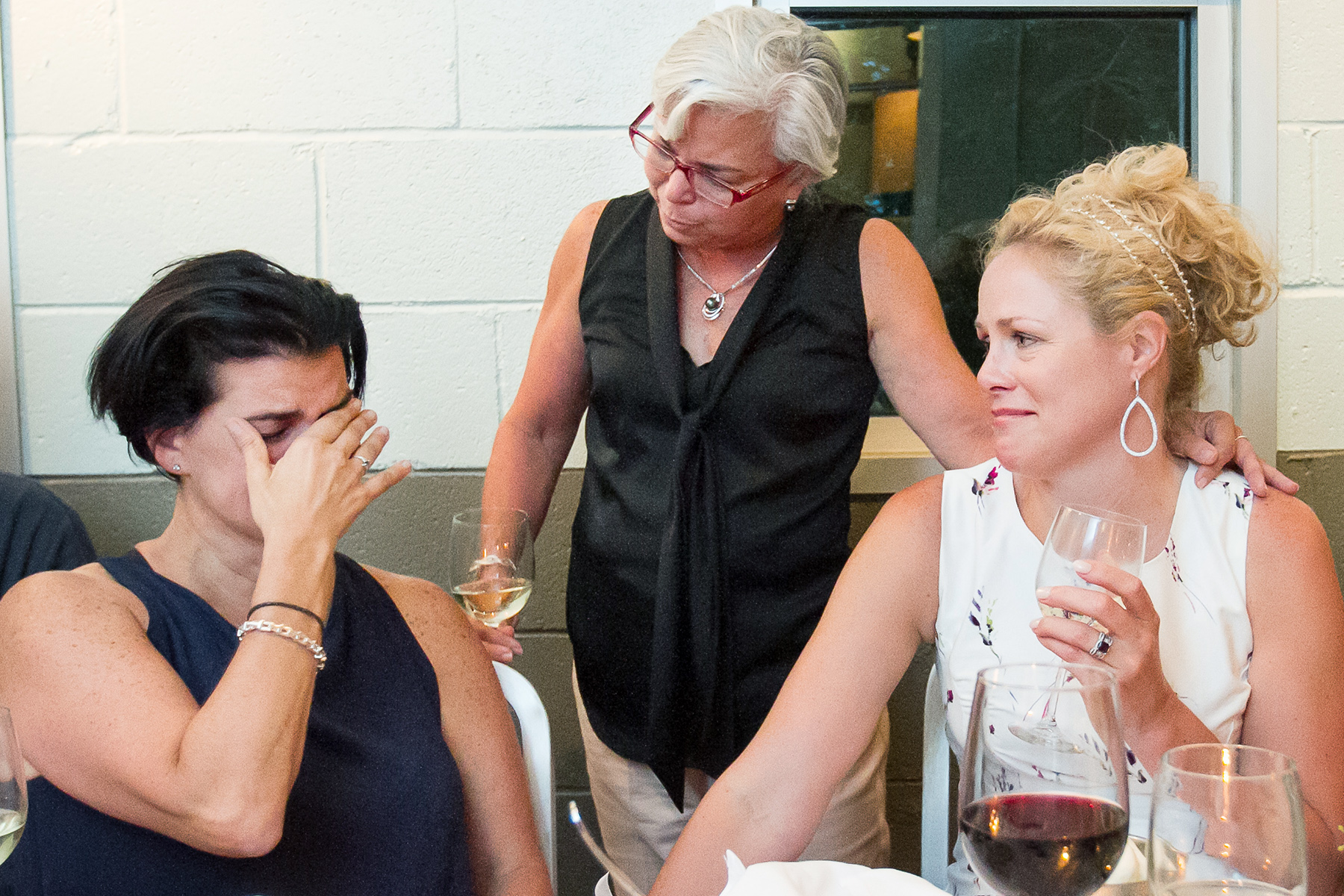 Heidi tears up during a toast.

Floataway Cafe Restaurant Wedding Venue Picture from Atlanta, GA of The maid of honor sharing a laugh during dinner 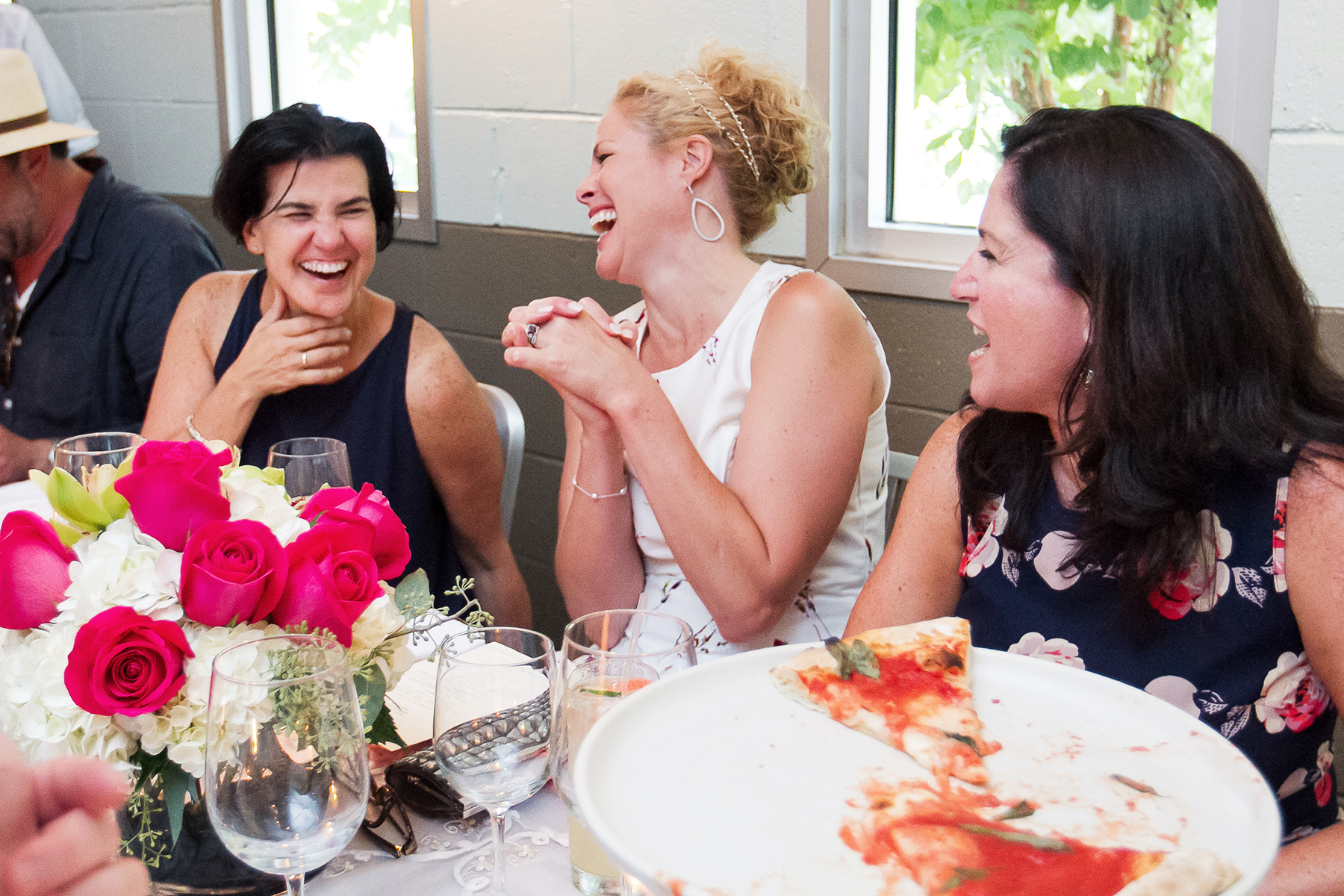 Heidi, Tracy, and Tracy's maid of honor share a laugh during dinner. 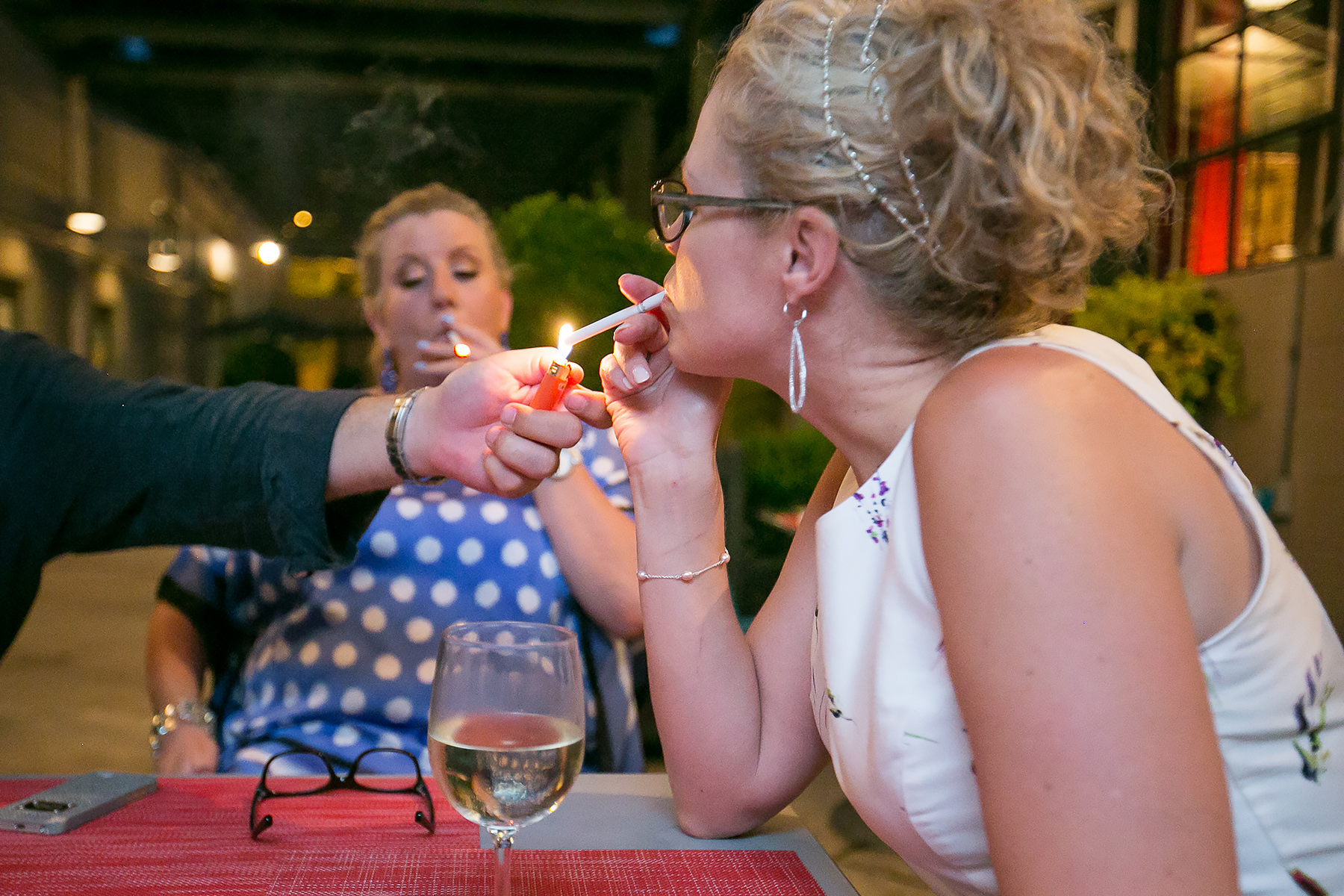