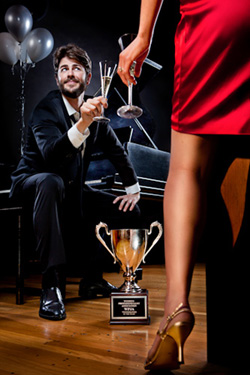 Let’s forget about the “rules” of photography. Lighting, subjects, composition, set all that aside. What we are looking at here is what makes us human—emotion—it is what defines the work of WPJA’s Photographer of the Year, Dave Getzschman. The people in his photographs are not just elements in a dramatic setting, interacting superbly with their counterparts. They are not just subjects printed and framed for nostalgia’s sake. They are human beings full of emotion. And it is not just any emotion. This is the pure unabbreviated type that connects us. The expressions, gestures, movements of the people he captures tell a story. In short, his work evokes what is universal to all of us. It is what photojournalism should be—transcendent.

Getzschman confesses, “I’m less interested in photography and more interested in people and seeing the social dynamics at work. The photography takes care of itself, which puts me in a position to capture the character of the people.”

With this as his modus operandi, it is no surprise that this journalist began photographing weddings. On the celebrated day, a wide range of human emotions is on display. Getzschman says that other than funerals, which are not terribly enjoyable to document, people are their least guarded at weddings. In preparation, Getzschman gets to know not only the couple of the hour but also those who are significant to them. The bride and groom’s album comes together like a beautiful radial with them at the center, surrounded by those who helped to make the day momentous. 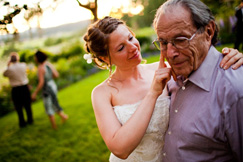 Getzschman spent years seeking out photojournalists from whom he could learn. From an internship at the Christian Science Monitor to a handful of newspapers throughout New Mexico, the Ventura County Star and the Los Angeles Times, he took photographs with the goal of elevating his work. His skills became sharper, more expansive. Ben Chrisman (2007 WPJA POY), a friend and colleague introduced him to photographing weddings in an artistic, journalistic manner, and in 2007, they began collaborating.

Now that Getzschman has reached a point where he can solely focus on the human, emotional aspect of the day and allow his technical skills to support this aim, the question bears asking: Where does he go from here? He says that he would like to photograph destination weddings, exclusively. In a foreign setting, he says, “your senses are more in tune; your curiosity is piqued; your awareness is heightened. It fuels creativity more than photographing a place you’ve been before.”

No matter the setting, each wedding Getzschman documents draws out the individuality and humanness of the moment.