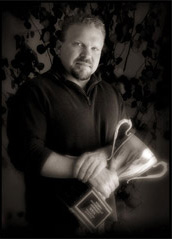 The WPJA is proud to honor Eric Francis as 2003 Photographer of the Year. A distinguished photojournalist, Eric's pictures have graced some of the country's largest and most highly regarded publications. Yet, behind the camera, Eric's a humble, down-to-earth and laid-back individual.

His story's as unpretentious as his demeanor. Eric didn't discover his creative ability in high school or college. Instead, he found his niche somewhat by chance. Eric earned his baccalaureate in teaching, and followed his love of football toward a career in coaching. A junior-high school friend, working then in a local camera shop, led him into photojournalism. The two spent a summer shooting pictures and playing with their technique. After a few college photography classes, Eric was attracted to the excitement of the job, getting right into the action, shooting football games from the sidelines and standing just ten feet from the President of the United States. "We get to do some really cool stuff," he says with youthful enthusiasm. 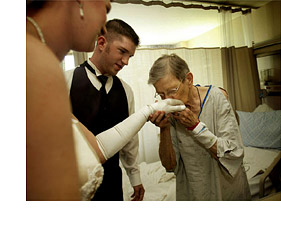 Eric used his skills as gifts for friends and family, shooting weddings for couples he knew. They wanted something novel and innovative, and Eric applied his photojournalistic vision to their wedding photography. But he never wanted to be lumped into the wedding photographer role. That concept brought to mind stiff photos with planned lighting. After close to a decade of hobby shooting, he decided to take their supportive advice and offer his photography to the public. His enthusiasm in wedding photojournalism came after his decision to do it "my way".

In defining his personal style, Eric discusses the differences between commercial photography and photojournalism. While the former controls the situation and technical aspects of a shot, Eric cares more about the interaction and emotion of his subjects. "Technical is somewhat secondary," he explains. "As long as we can make an exposure and have it register, the shot was a success." 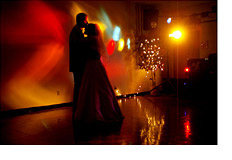 He lets events just happen and places himself to preserve those sentiments. "I believe that reality is always more compelling and engaging than fantasy," he explains. "By capturing the real moments and the real emotions of the day, the couples are left with a genuine record of their wedding day as opposed to a fantasy world created by a stranger."

When asked what makes a great wedding image, Eric expounded on the influential work of French photographer Cartier-Bresson. He believed in the 'decisive moment' or the split second when all elements of an otherwise mundane situation fall perfectly into place. Whether that decisive moment is found or not, Eric snaps a "whole bunch of really nice pictures" in the process of striving toward it. He says: "(My) ultimate goal is an image that, when someone looks at it, they can know how much these two people love each other. If I can get those pictures, I can walk away from a wedding feeling really good."

Can you make good images at every wedding? Eric believes you can. As a freelance photojournalist, everyone gets the challenging assignments that make you think: "Oh my god, what are we going to do with this?" But he says, "we all get pretty good at making something out of nothing. Personally, I think you can make nice pictures at any wedding. Even during some weddings that feel more like a business transaction, I keep searching for that emotion and I find it one way or another." 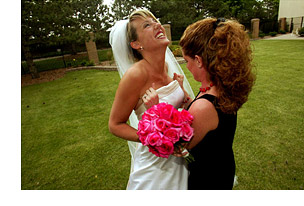 As a photojournalist, Eric's assignments require he capture the emotion in any given situation - from politics to sports. These situations demand more digging to find the sentiment. But wedding photojournalism condenses an abundance of emotion in one place all day long. He sees it like shooting fish in a barrel. Everyone attending has strong feelings on that day - from friends and family to the couple themselves. This day is possibly the most emotional moment in their life. The emotions are right there; Eric just places himself in the space and watches. At this stage in his career, pointing the lens and exposure are second nature, and technical aspects are not as important as the affection, interaction and love in the room. If he has to shoot 1600 ASA, he may not snap a high resolution image, but he does capture the sentiment. This is possibly the most striking difference between a photojournalist and a commercial photographer, and what makes Eric's work so unique.

His unpretentious character is the first thing you recognize. This tone funnels through to his craft, interacting with the wedding party, joking around and generally having a good time. He doesn't use a fly on the wall method, but becomes part of the celebration. This alone brings their guard down and the pictures start happening. With this in mind, he uses both near and far approaches, sometimes shooting up close and others using a wider angle or longer lens at a distance. 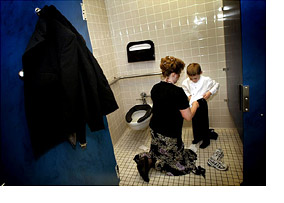 Eric finds down-to-earth, extroverted clients easiest to photograph. They enjoy being in front of the camera and tend to be much more expressive. Yet, introverted weddings offer a different kind of reward. If he catches a typically self-contained dad with a tear in his eye at the end of the ceremony, it's an extremely rewarding moment.

When asked what he'd like to convey to wedding planners considering him as their photographer, Eric stressed he's just a regular guy, "not a quote unquote artist who overanalyzes or over intellectualizes his pictures." Since he can spend ten hours with his clients during a typical ceremony and reception, he likes to get to know them and make the day enjoyable and relaxed. He says: "I'm just a guy taking pictures and at the end of the day, I'd love to have a couple more friends in my life."

By Lisa Evenson For the Wedding Photojournalist Association