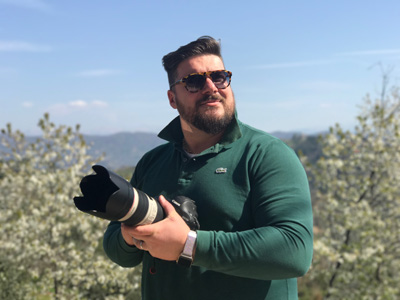 Matteo Originale’s photography speaks to the importance of the day. Highlighting the wedding couple embracing or rice captured as if frozen above the crowd, Originale’s work reveals textures so rich and details magnified. The results are moments that feel they could never be reproduced. They are of a certain time, a feeling, a story that is unique to each couple.

While he captures those very singular moments in time, the emotions in the 2016 Artistic Guild of the Wedding Photojournalist Association (AG|WPJA) Photographer of the Year's (POY) work come through at full force. Unleashed, shared and celebrated, his subjects—whether in focus or not—convey an emotional response that fills each frame. Trained in his early years in the darkroom, Originale notes that in post production he has always looked for beautiful emotions. He looks for passion and love in each moment he captures. He recalls, “When I saw my first photos in the darkroom, I had a succession of emotions. I still remember the sensations of the smell inside the room and the red light that had a unique atmosphere. These moments are in my heart and they'll be with me forever.”

Like many of our award-winning photographers, Originale learned the art from his father. As a child, he was intrigued by the cameras on his father’s desk. They spoke to him and conveyed something; though, at the time he did not know what. Maybe it was the possibility of what they contained, an intuitive understanding of his own potential. Whatever it was, Originale recalls that when he started shooting at the age of ten, he knew without hesitation “it was something truly magical.” 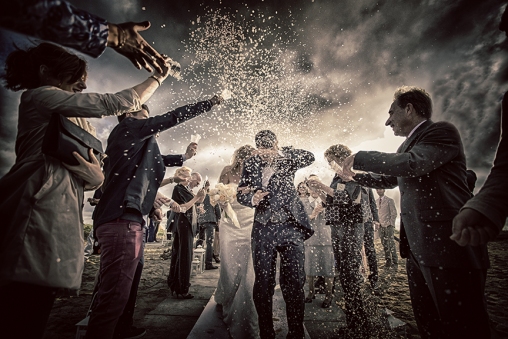 With his father as his mentor, he was able to jointly learn the art of photography and ways in which he could approach the art differently. This unique viewpoint comes through in his work today. Unconventional angles and perspectives play a strong role. Through Originale’s skillful eye, an unexpected vantage point seems a natural and most direct means to getting to the heart of the emotion. He finds the shortest route to bringing the passion, love and sentiment of the moment to the forefront.

When asked about how he is able to capture emotional bonds that bridge generations, as in his AG|WPJA award-winning photograph from Q4 2016, Originale returns to the theme of passion. First, he says that he must be moved by the scene he is observing and then he must approach it as a reporter. Clearly, he finds that perfect balance in which he is both of the moment and removed from it, observing it, and ultimately finding the right perspective and lighting, as well as that split-second in which he captures the moment. 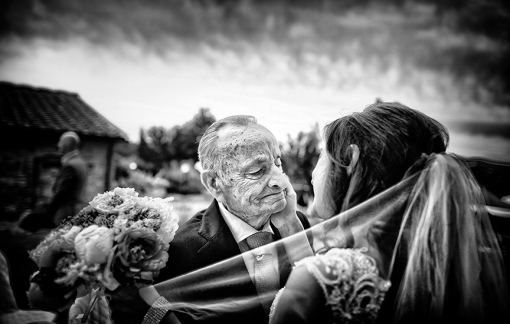 Originale notes, “[I try] to understand the movements of the loved ones.” In seeking out and understanding how his subjects interact with one another through their movements, he finds that moment in which the passion hits a crescendo. Whether intentionally or not, he not only looks for the interactions between people but also he captures the play between the other elements in the setting. The light and angles, inanimate objects and the natural world seem to take on a life of their own. It is here that the passion comes through in its many forms. The effect is dramatic and felt immediately, with great clarity by the viewer.

Ultimately, what Originale creates throughout his work are storybook scenes in which all of the elements have a role. All represent the passion of the day. We, the admirers, become swept up in the moment, the beauty and the individual expression that is AG’s 2016 Photographer of the Year.